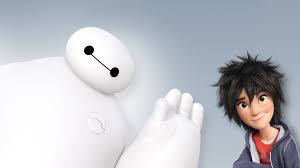 If you haven’t heard about the latest Disney animated film, have you been living under a rock? Big Hero 6 has been out for a few weeks now and I saw it on opening night. Yes, I’m that committed to my Disney. And I have to say that there was a very weird crowd at that showing at the local theater–everyone college age or older, with some people very rude and obviously unable to properly stick to movie etiquette. Totally different from my last Disney movie extravaganza, when my cousin and I went to see Frozen opening night and we were the only two in the theater. Yeah, I didn’t know how big that one would turn out after the, well, lack of a turn out. Ha.

Luckily, it seems like Hiro and his motley crew of superheroes are bringing in the crowds and praise that they deserve. I loved the humor, the action, and the awesome characters that this film brought to life and I know that this will be one of those movies that’ll be around for ages to come. 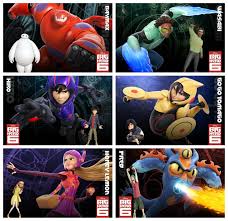 If I had to pick a favorite hero out of the six, I’d be hard pressed to choose. Hiro, Honey Lemon, and Baymax are definitely in my top three, but all of the characters–even the ones who aren’t superheroes–were well-crafted and had me in love from the first few minutes they were on screen. They all had their quirks but they were so real. I could imagine it was my friends up there (my science-y friends, because unfortunately I’m not one to brag about my math, science, or engineering skills). They were fighting for good, kicking butt, and delivering great one-liners that I’m going to have to memorize and quote.

To touch on the humor of the movie, I think that without it I wouldn’t have loved the film as much. Not that I wouldn’t have appreciated the action and beautiful animation, but this just added another fun element to everything else. Baymax got the most laughs out of me, I think. He was so adorable and cuddly, yet entirely clueless. Though I have to say that Hiro’s reactions to Baymax doing anything wrong were equally cute and had me laughing as well!

I loved Big Hero 6 so much that I’m tempted to see it in theaters again–even though there are about a million other movies coming out that I should pay money to see. I feel like it’s one of those Disney movies where you can watch it five times and notice something different about it throughout each viewing. I can’t wait to see what other people think of this movie and especially to find out about all of the Easter Eggs undoubtedly in this! I did spot a few while watching, but I was spending so much time focusing on and rooting for the characters that I didn’t look at the scenery so much!

If you haven’t gone to see this movie yet, with the holiday season upon us I’m sure you’ll find SOME free time to head to the theater. And this should be the first film that you pick to see! You can literally bring everyone in the family (well, maybe don’t bring a baby) and they’ll enjoy it. I promise.