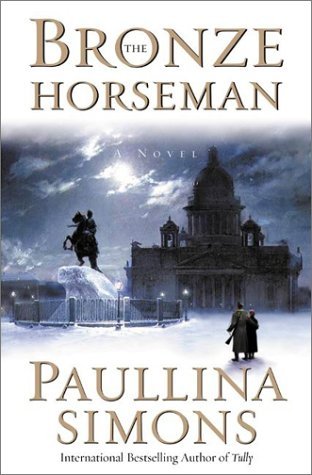 From the author of the international bestseller Tully comes an epic tale of passion, betrayal, and survival in World War II Russia. Leningrad, 1941: The European war seems far away in this city of fallen grandeur, where splendid palaces and stately boulevards speak of a different age, when the city was known as St. Petersburg. Now two sisters, Tatiana and Dasha Metanov, live in a cramped apartment, sharing one room with their brother and parents. Such are the harsh realities of Stalin’s Russia, but when Hitler invades the country, the siege of its cities makes the previous severe conditions seem luxurious.

Against this backdrop of danger and uncertainty, Tatiana meets Alexander, an officer in the Red Army whose self-confidence sets him apart from most Russian men and helps to conceal a mysterious and troubled past.

Once the relentless winter and the German army’s blockade take hold of the city, the Metanovs are forced into ever more desperate measures to survive. With bombs falling and food becoming scarce, Tatiana and Alexander are drawn to each other in an impossible love that threatens to tear her family apart and reveal his dangerous secret — a secret as destructive as the war itself. Caught between two deadly forces, the lovers find themselves swept up in a tide of history at a turning point in the century that made the modern world.

Mesmerizing from the very first page to the final, breathtaking end, The Bronze Horseman brings alive the story of two indomitable, heroic spirits and their great love that triumphs over the devastation of a country at war.

The Bronze Horseman is something I was definitely hyped up about. The reviews on Goodreads are amazing; people kept telling me that it was their favorite book ever. And knowing how seriously I take my decisions about my own favorite books I knew I had to get my hands on this one. I was eventually able to get a used copy for a really great price and was amazed by how gigantic this book is. Over 600 pages! For something pitched as romance, that’s a lot to work with. Because I love reading about the WWII time period and there’s rarely anything I get that’s set in Russia, this seemed perfect. And then . . .

I never fell in love with this book. Probably because I never really came to like the love story. Dasha is Tatiana’s sister. Honestly, Tatiana’s entire family was terrible about her, and I loved that Alexander called them out on it, but family is family. It breaks a sacred girl code to not only date someone your relative (friend, whoever) has dated . . . But to fall in love with them while they’re still going out with your sister (and then some)? Nope. I just wasn’t feeling that. Setting that aside, the brief encounters that Tatiana and Alexander had managed to be so boring and not passionate. No, about a dozen times they went through the same conversation of fighting over what they should do with their relationship. At least sometimes it switched between who would suddenly decide (after an illicit comment or kiss) that this was all wrong and would shout/call/run after the other when they were offended by the thought that the relationship should be over. It was so predictable.

In these 600 pages, there were only a few hundred in the middle that went fast for me and were captivating–honestly, they probably had the least amount of the romance in them. I loved hearing about how the war was changing society–I loved reading about Russian society in general, though I’d never, ever want to live there. Even though the war made things utterly unlivable, I couldn’t look away as Tatiana fought to survive, as bombs fell around the city, as rations fell shorter. If war had been the forefront of the novel, not the romance, I’d have loved it. I can’t deny that Paulina Simons can write. I just didn’t enjoy her romance.

To top it all off, I finish this book and find out that there’s more. It’s a trilogy. I’m  happy enough to sit and pretend that it really all ended in this book because it all wraps up well enough at the end, though I suppose there is some plot twist that explains how there can be two more books after how this one ended. I don’t know, because I’ll never read them–but if someone wants to tell me what happens, that would be fine.

I honestly don’t understand the hype about this book or the love portrayed. These are the favored characters of so many people and I can’t get behind them at all. It just isn’t the book for me, unfortunately.